We will be world leading in animal care

At the core of every successful dairy farm is a happy, healthy, well-fed and productive herd.  Dairy farmers have a deep connection to their land and to the animals under their care.  Furthermore, the public and consumers of our dairy products, here in New Zealand and around the world, have an expectation that our animals are treated with skill, care and respect throughout each stage of their life.

This commitment looks at how we define ‘world leading’ animal care and develop standards and a framework that dairy farms can use to ensure they are providing world leading animal care.  Guidance and support for farms to achieve the standards will be available.

In addition to animals on-farm, this project team will be looking at the whole of life cycle for dairying animals, including bobby calves, transport of animals and end of life processes. 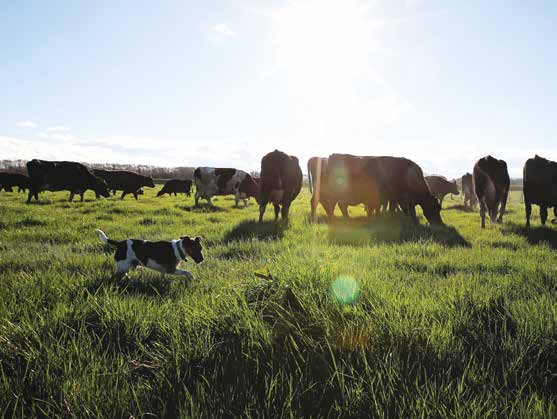 What do we mean when we talk about world leading animal care?

Defining this has been a crucial milestone in our efforts to gain clarity on what we want to achieve through our Dairy Tomorrow commitment to be world leading in animal care.

DairyNZ recognised the importance of engaging with multiple groups in this process, and hearing their voices in the definition.

The outcome is a diagram which shows the different views each group has on world leading animal care and the interactions and commonalities between the groups. 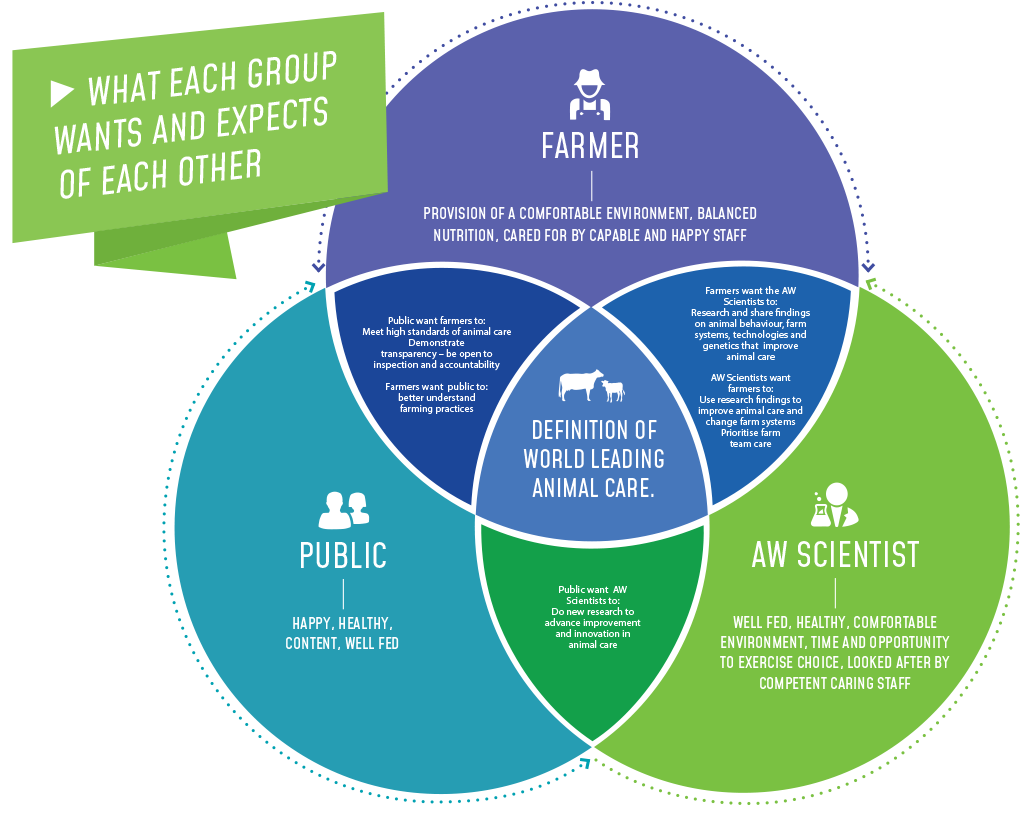 A working group of dairy farmers, who have high standards of care, were then brought together to think about what would need to happen, in practical terms, to ensure all dairy cows and calves in NZ are able to receive world leading animal care.

The group developed a tiered framework, which provides for continuous improvement in the key areas of nutrition; the cows’ environment, health and behaviour; and the impact people have on animal care.  The aim is for all NZ dairy farms to be working within this framework by 2023 to ensure their animals are being treated with care and respect.

A working group of dairy farmers, who have high standards of care, were then brought together to think about what would need to happen, in practical terms, to ensure all dairy cows and calves in NZ are able to receive world leading animal care.

The group developed a tiered framework, which provides for continuous improvement in the key areas of nutrition; the cows’ environment, health, and behaviour; and the impact people have on animal care.  The aim is for all NZ dairy farms to be working within this framework by 2023 to ensure their animals are being treated with care and respect.

To date research has covered:

An essential part of being able to deliver world-leading animal care is understanding more about how cows experience the world. DairyNZ has commissioned AgResearch to increase our knowledge of this to inform improvements to the standard of care for dairy animals in New Zealand.

Areas being studied include novel methods to assess positive welfare states, understanding why we see large individual variability in growth, productivity, and fertility and how this relates to feeding behaviour patterns. The long-term outcomes of the early-life environment of dairy calves is also being studied.

A draft animal care framework is also in development as part of an Integrated Farm Plan project.

DairyNZ have been working on understanding how the NZ public see animal care.  This has resulted in the report ‘World Leading Animal Care – A view from the NZ public’, which provides an important perspective that will be added to the discussions when defining world leading animal care. 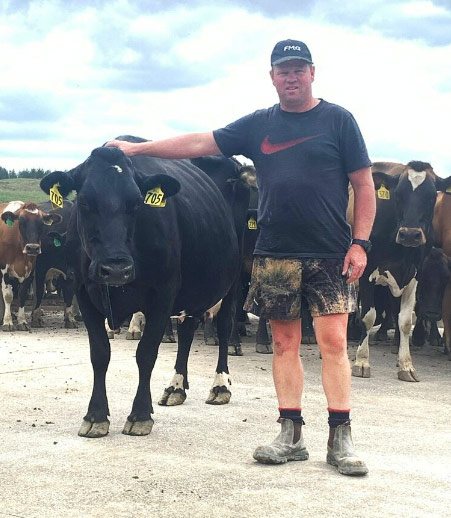 “You’ve got to love your cows, that’s where it all starts.”

South Waikato farmers Mark and Jamie Perrot are always thinking about their cows and trying to make their lives better, to the point where they thought maybe they were a bit too fussy.

One day they got an email from DairyNZ inviting them to join a farmer-led group looking into best practice for animal care and Mark found himself in the company of a bunch of farmers just as passionate about animal care as he was.  Together they thrashed out a tiered system that can be used to guide best practice and define what makes for ‘world leading animal care’.

Mark says the main objective was to build a better system to give cows and calves the best chance of being healthy and happy.

“We started out thinking about what if cost was no object?  What kinds of things would benefit a cow or calf, and then gradually worked through the practicalities of what this would mean for farmers.”

“Interestingly, the process served to re-inforce what we already knew.  Happy, healthy cows need shade and water in summer, warmth and shelter in winter, a good variety and amount of feed, time for cows to do cow stuff and make choices based on their individual preferences.  We also recognised that having a team that cares about their animals and their welfare was so important that it needed its own section.”

The collaboration is part of the Dairy Tomorrow Strategy which has a goal for New Zealand dairy to be world-leading in animal care and to ensure every animal is treated with care and respect.

The work of the group has helped define what ‘world leading’ will mean for farmers.  They have developed a framework which has a tiered system which farmers can use to identify their current standard of care and ensure their cows are being well cared for, as well as providing ways to improve the lives of their cows.

Mark says many of the group have taken the ideas and learnings back to their own farms and put them into practice.  One of the relatively inexpensive changes Mark made was installing more sprinklers in the yard, which has more than paid off.

“The sprinklers had an instant effect.  The cows were able to cool off while they waited to be milked, which made them more comfortable and relaxed.  This had a flow on effect during milking, making the process much smoother.”

Mark and Jamie milk 750 cows and have two farmhands on the team.  Mark says, “I’m really lucky with my team, they love their jobs and really care about the girls.  They’ve definitely also noticed the improvements which has made milking faster and more enjoyable for them as well as the cows.”

Mark also made some improvements to the way calves were reared.

“It’s about giving them the best possible conditions while they are with us here on farm. We improved their shelter and their bedding to ensure they could stay warm and dry and installed troughs in each pen which made it easier for them to find water if they wanted it.  We also increased the amount of milk they were given – and we ended up with the best calves we’ve ever had.”

Mark, who is a 50/50 sharemilker says the fact he is not the owner of the farm means there is only so much he can do.

“If I was in a position to do so, I’d look at building a centrally located shelter so the cows could get out of the weather when they wanted.  This would be a big investment, but I’m convinced the improved performance, condition and subsequent increase in milk production would recoup the costs within four or five years.”